There’s nothing better than waking up to the scent of fresh-baked cinnamon rolls.

You could make a fresh batch of different and delicious cinnamon rolls every day, from diced apple and walnut buns, to cinnamon-sugar and raisin-filled rolls frosted with cream cheese icing, to classic pecan sticky buns. We used our Cinnamon Rolls II recipe to illustrate our roll-forming technique.

1. Prepare the yeast dough. Once the dough has risen once, turn it out onto a lightly floured surface. Flatten the dough with the palms of your hands and gently stretch and/or roll it into a rectangle.

3. Spread the softened butter over the surface of the dough, leaving a 1-inch strip along the long edge of the rectangle furthest away from you completely dry. (Other recipes call for egg wash instead of butter; if you’re using egg wash, brush the entire surface.)

4. Generously sprinkle cinnamon-sugar over the butter, spreading the mixture evenly across the whole sheet of dough. Other spices, such as nutmeg and cardamom, also work well. Adding a pinch of ground cloves to the cinnamon-sugar mixture enhances the cinnamon flavor. Leave the 1-inch border free of sugar.

6. Start at the left-hand corner of the edge closest to you. Working from left to right, tug the lip of the dough up and over the filling, keeping it tight. Roll up the dough, tightening the log as you go.

7. When you reach the far edge of the dough, moisten the bare edge with egg wash or water and pinch to seal the seam.

8. Use a serrated knife, pastry cutter, or length of unwaxed dental floss to cut the dough into even-sized pieces. You might want to discard the very ends of the roll since they often contain little filling.

9. Place the cut rolls on a greased or parchment-lined pan or cookie sheet. (For sticky buns, prepare the pan with the cinnamon smear and chopped pecans before arranging the rolls.) For pull-apart rolls, use a baking pan and arrange the rolls about an inch apart. To make individual rolls, space them two to three inches apart on a cookie sheet. Cover the rolls with a damp cloth and let them rise until they nearly double in size, about 45 minutes to an hour. The rolls can also be covered with plastic wrap and placed in the refrigerator. The next morning, let the rolls rise at room temperature until doubled, then bake as directed. (The dough can also be frozen for two weeks to one month. Thaw, still wrapped, at room temperature. Proof and bake as directed.)

10. When the rolls have doubled in size, bake them in the preheated 375 degrees F (190 degrees C) oven. Cinnamon rolls are generally baked at a lower temperature than other breads–if the rolls are close together, the tops will begin to brown before the edges and centers are done. If the rolls begin browning too soon, cover pan with foil.

11. After approximately 30 minutes, test for doneness. Use a paring knife or fork to pull up the center-most roll; if the dough is still sticky and raw-looking, return the pan to the oven for about ten more minutes. The rolls should be golden to dark brown on top, and fully baked in the center of the coil.

12. Cool the pan on a rack about 10 to 15 minutes before glazing. You can use a confectioners’ sugar-and-milk glaze, or cream cheese icing thinned with enough milk to reach spreading consistency. 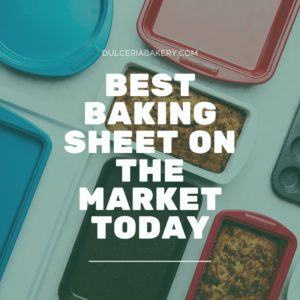